Posted by Dr. Rebecca Gould on March 5, 2014 in Uncategorized | 0 comments

Optimal Health is a journey taken one step, one habit, and one day at a time.” — Dr. Wayne S. Andersen

A week or so ago I was looking at Facebook, as I am wont to do, and my attention was caught by an image of a masculine hand with a fire-engine red right thumbnail. And the post said if I painted my thumbnail red it could save my life. I thought this might be a variation on a rubber wrist-band campaign, but I clicked on it and I think my life has actually been changed. You see, the creator of the video, Steve Babcock, found himself habitually engaged in the super dangerous practice of using his smart phone while driving. As he states on his website “Inspired by my daughter’s technique of tying a piece of yarn around her finger to remember something for school, I decided to paint my thumbnail red so every time I picked up my phone from behind the wheel, all I would see was a big red thumb reminding me to put the phone away. As silly as it sounds, it totally worked. And now my hope is that it’ll work for everyone else.”

I did not even have to paint my thumbnail red. When I pick up the phone in the car I think about Steve’s video and I put it down. Or leave it in my purse altogether. No text or call is so urgent that I should risk my life, or anyone else’s. I have thought about the video posting often because he says, of using the phone while driving, that it was just a bad habit he had gotten into. Just a bad habit. Sounds pretty innocuous, but bad habits can kill you.

In his book, The Power of Habit, Charles Duhigg discusses the science of habits. In an interview with Duhigg on NPR he discussed his own frustration with habits. “I’m successful at a lot of things. . .And yet there were things in my life that I felt like I couldn’t control, eating for instance. I would just snack all the time. When I wanted to make myself go exercise in the morning, I couldn’t get myself out of bed to go running. I would come up with excuse after excuse. And it drove me crazy because if I’m so good at some things, why don’t I have control over these small little patterns?”

Sound familiar? For most people I work with it is a struggle to do what we desire to do: Create the habits that will sustain us and improve our health and our lives.

Something becomes a habit, in part, because repeated behaviors create a synaptic pathway in the brain that gets stronger with more repetition. Most undesired habits have an immediate up-side, pleasure. For example, the pleasure value of playing video games until 2:00 o’clock in the morning. In the moment, immediate pleasure outweighs the theoretical value of getting a good night’s sleep. Not that the value of a good night’s sleep is theoretical, but in the moment the immediate pleasure is a fact and the outcome of adequate sleep is a concept. The immediate pleasure of the third scoop of ice cream outweighs the concept that poor diet contributes to overweight and obesity. The immediate pleasure of checking or sending a text message in the car is greater than the abstract concepts that 11 teens die every day in texting-related car accidents and it is likely that 4,000 people will die this year in distracted driving accidents.Bad habits create a synaptic pathway tat is like a rut in your brain. And it is hard to get out of a rut.

So, understanding the difficulty of giving up an in-the-moment pleasure for a more healthful ideal, how can we effectively adopt the habits of health?

One step can be to take an honest assessment: What habits you desire to adopt and what habits do you choose to break. Sometimes these come in pairs. “Create a habit of morning exercise” goes with “eliminate the snooze-button habit.” Most people will find it best to change habits by focusing on moving toward something you they want (more optimal fitness) and some will be more motivated by moving away from that which you do not want (being out-of-shape).

For a habit you wish to adopt Duhigg suggests finding a reward.The reward does not need to be big and it does not need to make sense in context with the habit you seek to adopt. In the NPR interview he discusses a study in which, in part, people rewarded themselves for exercising with a small piece of chocolate. Chocolate seems to go against the intended goal, but the small reward can help to reinforce the good behavior and create a a new synaptic pathway, associating exercise with pleasure.

Another technique to creating a new, healthy habit is using a cue. For example, always setting your workout clothes out the night before, or having an regularly appointed time or group with whom to exercise.

Yet another technique for improving health through our habits is by creating a vision board. A vision board is a visual 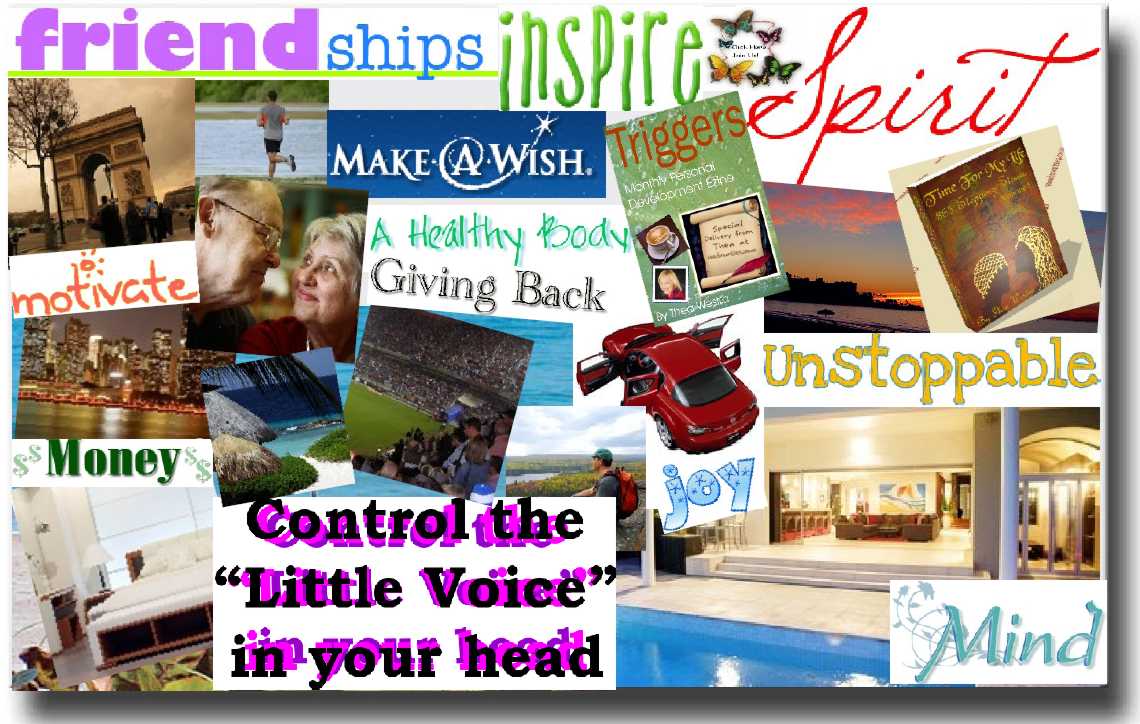 representation for what you want your life to be like. It is a collection of magazine photos, words, quotes, and other inspiring things that you put in a place where you will see it on a daily basis. Your vision board can be made to inspire you to better health habits, financial success, career satisfaction, anythign you want. A healthy habits vision board can serve as a daily reminder fo your goal for a healthier future.

I would love to hear your habit stories. Is there a habit you have struggled to break or adopt and succeeded? How did you do it? Share your story on our Facebook page.